Gyékényes is a village in Somogy county, which is famous for its mine lake.

The secret of its success lies not just int he crystal clear water spreading 340 acres, and in its legendary springs, but also int he untouched and peaceful environment, that fascinates the traveller at the first moment.

Gyékényes and its surroundings provide a relaxing possibility for all the family.

Apart from fishing and sunbathing there is a possibility for scuba-diving, or making excursions to discover the nature park around.

Gyékényes is an international railway station, it is the most important border point of southern Transdanubia ont he route of Budapest-Zagreb-Rijeka.

Gyékényes was first mentioned in documents int he 1380s. In 1446 descendants of the family Marczali, later László Zákányi’s daughters were the owners. In 1489 it is the area of István Szerdahelyi, then the family Báthory received the areas here. In 1598-99 Ferenc Nádasdy was the owner. After Kanizsa was lost, in 1600 the Turks invaded the village. In 1677 Lipot I. granted the area to György Széchenyi, the archbishop of Kalocsa. The area had hardly any inhabitants. Even int he 1720s the population was only 200-300 people. The owners are in 1733 Kristóf Festetics, János Inkey, in 1776 Pál Festetics and earl Ferenc Széchenyi, frim 1835 the family Zichy.

In 1859 a large part of the village burnt down. In 1872- Alsógyékényes and Felsőgyékényes established a notary together, ten years later the independent villages joined under the name Gyékényes. The development after the Conciliation had a good effect on this region. Ont he railway bridge over the river Dráva the first train started to the Croatian capital on 5 January 1870.

The village received the rank of a big village in 1907. After the Trianon Peace Agreement the role of Gyékényes: it is a border village.

In 1932 they were already minin gin the pebbel mine of the village, which provides work for a lot of people even today.

The old school of the Szabadság Square was renovated and this way the Old People’s Caring Home was opened in 1996, which provides day-care or boarding for elderly people in need. 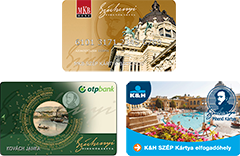